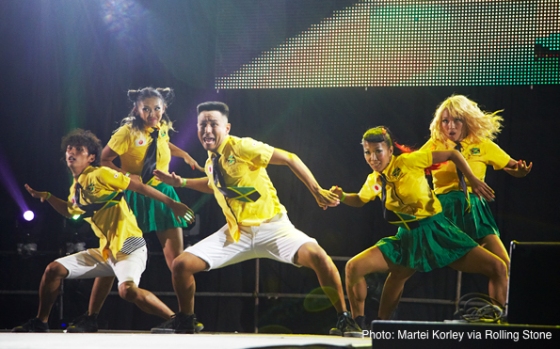 It’s Thanksgiving Week. “Thanksgiving” is an interesting idea, not just for how it’s understood in America, but in other places as well. It’s interesting as a way to think about what a society recognizes as worth celebrating, and how they perform “recognition,” including in ways meant to deepen a sense of national community. This will always involve managing silences about who belongs and who doesn’t in that community. In the case of our holiday this week, for example, silence surrounds Native Americans, whose generosity on that first Thanksgiving Day of lore have historically been unreciprocated.

There’s no Thanksgiving Day in Jamaica, where I’m from, but it’s still possible to compare the American and Jamaican cases. The fact that there are even fewer living indigenous people per capita in Jamaica than in the United States hasn’t made it any less possible for Jamaicans—at least those positioned to make these kinds of decisions—to use these indigenous people as symbols of national belonging. The Jamaican coat of arms features a crocodile atop a helmet symbolic of the British monarchial rule, beneath which stand a Taino man with a bow in his hand and a Taino woman with a basket of pineapples in one of her arms. At their feet a scroll reads Jamaica’s motto, “Out of Many, One People.”

Journalist Mark Kurlansky (1993) writes that Caribbean people have “a problem with history”. He writes this in the context of the 500th year of Columbus’ arrival to the region in 1492. Some Caribbean peoples, he notes, wanted to commemorate this momentous event, including as an opportunity to attract tourist dollars to the region. Others see this moment not as one to commemorate, but rather to mourn, given the near-extinction of the Tainos that Columbus’ arrival precipitated. (Stress on the near in “near-extinction”: although there are very few remaining in Jamaica, and many, perhaps most Jamaicans assume they no longer exist, Tainos are not extinct.) This assumption of extinction, however, facilitates the symbolic labor the Taino perform. Taino Indians, like indigneous people elsewhere, by virtue of their presumed extinction have become very usable symbols of Jamaican multiculturalism, one that includes European, African, Chinese, Indian, Syrian, and Lebanese peoples but that ironically excludes “vanished” Taino peoples. One could argue that by virtue of the symbolic labor performed by this supposedly extinct and thus conveniently silent people, the African presence is marginalized as well. That is, as UWI Professor of Literary and Cultural Studies Carolyn Cooper has suggested in her own reading of the Jamaican coat of arms, the “One People” in question are really people of African descent, whose demographic power is strategically undermined by the neocolonial powers that be through strained and self-serving claims that Jamaica is a multicultural society. 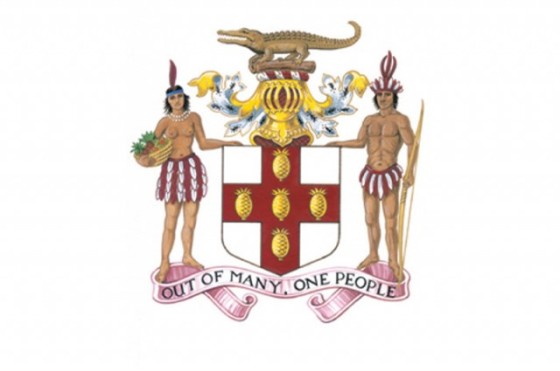 Those who opposed commemorating Columbus’ arrival noted that in addition to the death of Taino peoples, Columbus’ arrival also precipitated that of African slaves to the region, with its own terrible history of exploitation, degradation and violence. Officially at least, this history of enslavement ended in Jamaica, Barbados, Bahamas, Antigua, St. Kitts and Nevis, St. Lucia and elsewhere throughout the British Empire in 1838. So again, while there is no Thanksgiving Day in Jamaica, there is Emanipation Day. “On midnight of July 31, 1838 it was reported with great pride that many slaves journeyed to the hilltops to greet the sunrise of Friday, August 1, 1838 that symbolized a new beginning in their lives. When morning broke, large congregations joined in thanksgiving services held in several chapels and churches across the island” (http://www.emancipationpark.org.jm/about-us/emancipation-day-celebration.php). It’s hard not to bring up here the how of thanksgiving I mentioned at the beginning of this post, and the ideological why that underlies it. Is there something unseemly about black slaves presumably giving thanks to the God of the white masters who enslaved them? Jamaican Rastafarians, who oppose Christianity for its colonialist indoctrinations, might think so. But even, perhaps especially, Rastas understand that after generations of being treated as property, and then being freed, one should be, well, free to celebrate as one sees fit. These celebrations are “only” of the moment, in more ways than one. They’re only one moment, and one kind, of liberation along a longer road to freedom.

Independence is another stop along that road. Emancipation Day celebrations in Jamaica these days are usually coupled with Independence Day celebrations on August 6th . I was in Jamaica during these celebrations in 2012, the 50th year (more epic round numbers) of Jamaican independence. It’s already three years ago, but still memorable, more complex in a way than I can cover here. But some vivid memories, and really questions for myself (for when I finally do finish that article on the celebrations!), on the politics of performing national belonging and difference: government buildings draped everywhere in the colors of the Jamaican flag; dutiful speeches by Jamaican politicians; mento, Junkanoo, Cumina, ring game, and other folk performances all across the island; heated debates about whether the semi-official theme song of Jamaica 50, “We’re on Mission“, was, in musicological terms, sufficiently “Jamaican”; how irrelevant those debates became when it was played among thousands and thousands of euphoric Jamaicans gathered at the National Stadium; their cheers while watching on the same massive screen the victories earlier in the day of Usain Bolt and Shelly Ann Fraser Pryce in the men’s and women’s 100 meter dash, respectively, in the London Olympic Games; the dead quiet that descended upon that same crowd later in the evening as the winner of the annual “World Reggae Dance Championships”, featuring fifteen or so dance troupes of high school students from across the island, was announced to be the one foreign group, a team of dancers from Japan known as “The Japan Squad“; and word that some East Indian Jamaicans felt only marginally represented at the Grand Gala event bringing Jamaica 50 to a close.

Well, despite all that, enjoy the holidays, everyone. Next time you see me, give me a nudge to get that article done.

Marvin Sterling, Associate Professor of Anthropology at Indiana University, studies the popularity of a range of Jamaican cultural forms in Japan, mainly roots reggae, dancehall reggae, and Rastafari. And more recently, he has shifted geographical perspectives from Japan to explore the Japanese community in Jamaica, one primarily centered on an interest in learning Jamaican culture at its source.