At one Quantified Self event, Dave offered a particularly striking comparison between automobiles and bodies, one, he says, his father, a car aficionado, failed to fully appreciate to his own peril. His father’s failure, Dave explained, drove his own interest in digital self-monitoring. His father loved cars and, according to Dave, spent more time in the garage than with his own son. When he became older, he discovered blood in his stool, went for a colonoscopy, but never made use of the information. Eventually he died of colon cancer. ‘He understood the car in a way he never understood his body,’ Dave lamented. ‘He had such a dissociated experience with his own body … and I thought, my god, how is it that we can have sensors and devices in our cars to understand how this thing works and when it will break down, but we have so few things that we know about our body?’”

My dissertation and forthcoming manuscript focus on the promises and failures of digital connections. This work draws on two years of ethnographic fieldwork with developers of wearable computing who participate in the international forum called the Quantified Self (QS).

Pundits and critical scholars tend to interpret QS in one of two ways: as a digital trend with worrisome social effects or as a “community” of digital enthusiasts who are operating on the margins of neoliberal health policies (see Lupton, Deborah. The Quantified Self. Polity Press, 2016 and Nafus, Dawn and Neff Gina. Self-Tracking. Cambridge, MA: MIT Press, 2016). The passage I quote from page 99 of my dissertation, above, features commentary a QS participant that on the surface exemplifies this take that QS is a community of digital enthusiasts.

This popular and academic framing, however, remains disconnected from the realities of digital entrepreneurialism and the role QS has played within it. I propose to viewed QS as an “interface” in Branden Hookway’s sense (see Hookway 2014). As an interface, QS is not only a screen that brazenly puts contemporary digital enthusiasm on display. It’s a prism that constructs as it refracts digital knowledge and offers alternate perspectives on the dynamics that power wearables entrepreneurialism.

I found that QS primarily attracted digital professionals like Dave who, since the forum’s inception in 2007, have taken on the bulk of the labor associated with organizing and managing QS as an enthusiast community. In these settings technologists do not just approach QS as a cultural found object. They enfold QS into narratives of digital representation that obscure from view the way they vary their positions on data depending on context and audience and how they knowingly operate in the gaps in knowledge, in the spaces between certainty and truth (see Grinberg 2021).

I also evaluate the way the language of enthusiasm that shapes QS as a community disguises the transactional nature of this forum. For technologists navigating an increasingly flexible and insecure work environment, QS offers vital opportunities for networking, reputation-building, and credentialing. In this capacity, QS also acts as one of a growing cadre of contemporary mechanisms that continues to press worker sociality and desire into service of tech-capitalism. Ultimately, this project focuses attention on the way seemingly masculinized innovation that is moved by rational actors is in fact shaped by feminized free and affective labor. While the digital connections and forms of community QS represents are reputed to be enduring and strong, the ties it fosters are revealed as fleeting and strained. 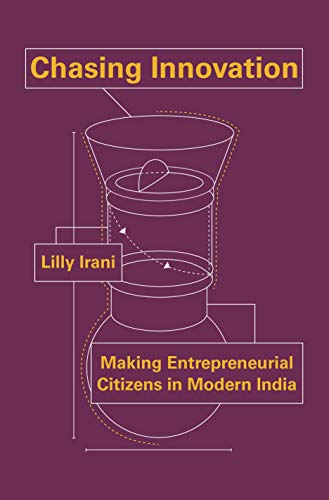 (Note: Interview was transcribed, unlike many other interviews on this site which are conducted by email).

Chris Kelty: Let’s start here, because we are in Torrance, CA at a Taiwanese bakery, halfway between where you and I respectively work. You, like me, are stuck across various disciplines. Anthropology, design, media studies, south asian studies…and so on. What’s your strategy for addressing the work you do beyond the disciplines?

Lilly Irani: There’s being between the disciplines and there is speaking to people beyond the academy— to participants or, in many cases, workers themselves. I don’t mean as a public intellectual speaking to civil society, but as an ex-technology worker writing to other workers. Some of my strategy has been to lead with the stories. While writing — especially a few years in — I would fantasize that I should instead write a graphic novel called “Design: A Tragedy.” Each of my chapters is really centered around some story where people are working with the skills that they have, the hopes that they have, the social know-how and the networks that they have. They’re all doing their best, and then they run into some kind of friction or contradiction. These were moments that, for me, revealed something about the structural or institutional forces silently conditioning the supposedly creative possibilities of design and entrepreneurship.

Sometimes that contradiction doesn’t become visible until years into the project. As an ethnographer, what I get to do is hang out with a set of projects and a group of people for 5 to 10 years, and say, “Hey, you’re doing projects every 3 months or every 2 years, I can see how this goes over a long time and I can use that slow attunement to draw out—to tell a story that shows the contradiction.” Then I can theorize it at the end of the chapter. For people who are interested in the theory, they get that laid out at the end of the chapter but for those who are not, they still see a story of friction or failure they are used to naturalizing or coping with. And they see it is not all their fault, but a product of the structures in which they are embedded.

The thing I love about anthropology and the empirical is not positivism but rather the chance to attune to the erasures, erosions, and what falls through the cracks socially or theoretically. We can draw those out into a more public way and invite wider publics – our readers and our fieldwork interlocutors – to ask, “Okay, what are we going to do now?”

Chris Kelty: Imagine for me what it will look like when people in Indian academia read your book as opposed to when those in Euro/American academia read it. What do you think or what do you hope would be a discussion there that would be different—or would it be the same?

Lilly Irani: That’s a good question. I’ll talk about my hopes, and I’ll talk about what I’ve seen happen so far. I think one of my hopes was that—I felt like, when I began to write up this project, one set of reactions that I would get from academics, policy people in South Asia would say, “Oh, yeah, this thing you’re writing about is happening everywhere actually.” Actually, this didn’t happen to me just in South Asia. I had that reaction from people also working in parts of Africa and the Middle East.

There was a lot of support and enthusiasm for having another person trying to unpack what’s going on there and understand where it’s coming from all of a sudden. Academics, however, sometimes reacted by saying “Well, this doesn’t fit the ways that we’ve been doing post-colonialism in media studies or South Asia studies so far. Go to a tier-two city, or study people in rural areas and how they share media in ‘real India.’” That’s super important. But the current moment in India is one where development has become a financial opportunity for the private sector. And all kinds of authoritarian management impulses or even violence are justified in the name of innovation and progress. If we want to understand how the state organizes its actions to stimulate private sector accumulation, and in the name of development and innovation no less, we need to study the work of relatively elite middle-classes who operate in these systems.

Chris Kelty: Your book has a great historical depth to it, but not as a history of something, right? The history is there in order to set up the story of the subjectivity of the people you worked with. How do you think about the role of establishing that kind of existing subjectivity with such historical detail? Why is that important to do, rather than, say, pointing to their speech or to the things that they make, and saying, “Look. See, this is how people are right now.” What’s the value that that brings for you? END_OF_DOCUMENT_TOKEN_TO_BE_REPLACED