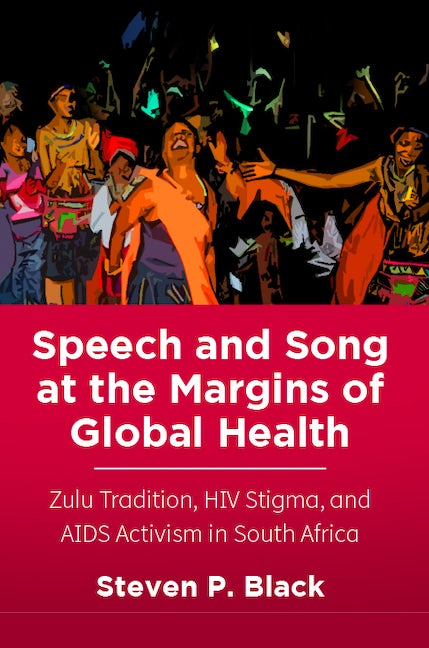 Yeon-Ju Bae: How did you become interested in the South African gospel choir group that works on HIV/AIDS activism? It looks as if your background in musical training and ethnomusicology would have played a role, but I was wondering how you came to conduct research on choir performance amid HIV/AIDS stigma, whose interests intersect the fields of linguistic, medical, and psychological anthropology with a regional focus on South Africa. Also, in what ways does your identity play a role in negotiating the fieldwork process with your research participants?

Steve Black: My fieldwork with the choir was in many ways a serendipitous leap of faith—an effort that could have easily fallen apart many times before it really began. In part, I was guided by chance. As a linguistic anthropologist-in-training, my mentors suggested studying a non-Indo-European language to enhance my comprehension of the breadth of linguistic diversity. From my background as a jazz saxophonist and ethnomusicology student, I knew that South African jazz was nearly unparalleled globally in its quality and long history, and isiZulu happened to be among the few African language courses offered at UCLA. I applied for and was fortunate to be awarded a Foreign Language and Area Studies (FLAS) fellowship for an intensive summer introductory-level isiZulu course at Ohio University led by the UCLA isiZulu instructor, Dr. Zilungile Sosibo. Unfortunately, Dr. Sosibo had trouble renewing her work visa and decided to move back to South Africa after that summer, which meant that UCLA no longer offered any isiZulu courses! I suppose I could have begun studying a different language, but instead I decided to apply for and was awarded a fellowship to be part of a Fulbright-Hays Zulu Group Project Abroad, which was an intensive summer intermediate-level language and culture study abroad in Pietermaritzburg, South Africa (near Durban, in the province of KwaZulu-Natal). This was how I established isiZulu-speaking South Africa as a general focus for my fieldwork.

After this second summer of intensive isiZulu studies, one day I was relaxing in my apartment in Los Angeles and browsing the movies available through my cable TV’s on demand function (this was pre-online streaming, back when Netflix was a service that mailed DVDs to your home!). I stumbled onto a documentary made by some American film students about the choir. From that point forward, I hoped to work with the group. This prompted me to study medical and psychological anthropology perspectives on HIV/AIDS. I felt that I needed this disciplinary expertise in order to conduct ethnographic fieldwork with the choir. In other words, the project motivated my cross-disciplinary theoretical interests rather than the other way around.

I was very fortunate to be awarded a National Science Foundation (NSF) Doctoral Dissertation Improvement Grant, and even more fortunate that the choir agreed to allow me to conduct fieldwork with them! It is true that my musical expertise as a jazz musician helped me to engage with choir members. I occasionally participated in music-making as a saxophonist and more often as an informal sound engineer for trouble-shooting the group’s amplifiers and microphones. I was also able to sidestep questions from community members about why I was involved with the choir and present myself to most non-choir members as someone interested in Zulu gospel music. This helped to maintain the group’s non-disclosure of their HIV support group and AIDS activist functions in group members’ home communities.

Being a White American man from a middle-income family conducting fieldwork with Black low-income South Africans, many of whom are women, also deeply impacted my research, but not always in ways that might be assumed (Religious difference was also sometimes a factor—I am Jewish by heritage, and choir members are Christian—but not nearly as significant). Some group members saw me as a person with access to more resources than they had, and I did my best to live up to their expectations and contribute to the group in the ways that I could within the limits that the NSF set on how their money could be spent. While by the ethical standards of experimental scientific research my efforts might be thought of as coercion to participate in research, I do not think this is a valid interpretation in the context of ethnography. Rather, I think that the choir was doing an enormous amount to contribute to the success of my research, and that if anything the limits set by the NSF restricted me from providing reasonable forms of compensation for group member’s efforts. Also, while I was an outsider, people like me (white American researchers, doctors, and aid workers) had long been implicated in the complex webs of racialized power imbalances amid patterns of uneven global exchange and intervention, and choir members had personal experience interacting with others like me. This made initial encounters (including explanations of the research project) easier, but it also meant that it took a few months to get beyond the more restricted sorts of encounters that group members had had with other researchers and aid workers. By the end of my fieldwork, I was pleased when a choir leader made a speech to the group in which she contrasted me with other researchers, complimenting me by saying that I had “blended in” with the choir (only to an extent, of course).

Yeon-Ju Bae: You analyze the choir group that you studied as a “bio-speech community” which presents shared biomedically defined characteristics (HIV-positive status), shared ideological orientations toward biomedical models of HIV/AIDS, and shared verbal repertoires making use of biomedical terminologies and understandings. At the same time, it seems as if the group members sometimes show internal dissonance when it comes to gendered understandings of the HIV/AIDS epidemic in South Africa and to the potential misappropriation via individual access to the uneven global circulation of resources. Would you elaborate on the socioeconomic background of these precarities and their role in producing or changing dynamics in the group as a “bio-speech community”? END_OF_DOCUMENT_TOKEN_TO_BE_REPLACED